The Life of a Freelance Animator

By Craig Elliott | 26/03/2014
Tweet
The job landscape of the animation industry sculpts the life of the freelancer more strongly than that of a traditional Illustrator. Production schedules are king, and so are the producers who make them. Even Directors have to wait to hire, or have to fire artists at the behest of the Producer. The things that greatly shape the life of an animation freelancer are schedules and staffing. As a freelancer you are hired for three things generally- what you can bring to a film with your unique style, reputation or artistic strengths, your ability to deliver quality work quickly, or to fill a temporary staffing gap.

While most of us artists would wish to think that we are always hired for our "style,” this is almost never the case. I have had a few occasions where my own style happened to be right for a film, but most times one adapts or helps create an entirely new style for a particular project. This adaptability is a key skill, which is often overlooked by a newcomer or an outsider to the industry. I have been called on to help come up with the style for a few films and have made several elaborately designed 30+ page style-guide books in full color to explain to the staff and other artists on a film what the style will be and how to keep it consistent thought the production of a film. An example of one of the pages of a style guide I worked on is on page 117 of "The Art of Princess and the Frog" book. This page was extracted from the style guide, and has lost some design elements in order to conform to the format of the art book, but is otherwise unchanged.

An artist's reputation consists of the proven ability to satisfy Directors and Art Directors when given assignments and to deliver those assignments on time. This mostly depends on how well you listen to the person asking you to do the work, and learning what those who will judge the work like. I find many artists will ignore most instructions or not ask any questions if there are any gaps in the instructions. If you don't ask questions or take good notes about what is being asked of you, it is a lot harder to get your work approved. Approval is the goal. If someone remembers that you are good at getting work approved the first or second time around they will hire you again. If you have trouble getting things approved and take round after round of trial sketches, etc. you will be less favorably remembered.

Finally, an artist may be hired to fill a "gap" in the staffing on a film. Sometimes you are the finger in the dam, helping a producer stop everything from crashing down. There are many reasons why a show might have a staffing shortfall, and I certainly don't know them all, but I do know a few. In the very early stages of a film, the film needs to be approved by executives to get made. This is the process of getting a film "greenlit." Some large, detailed paintings are often created, and characters are designed to pitch the idea to the executives and convince them that this will be a money making film, and the film should be made. This process is always done in the "spare" time of a studio- it is not part of any official schedule for any one film. For this reason, the staff to work on these pitches is usually partly freelance. The artists that are on staff are busy working on getting movies made, and do not have always have time to work on these pitches. Usually the Director, Producers and Art Director are staff, and at least half of the artists are freelance for this part of the film. You also might be hired to fill in for someone who has been let go for whatever reason, until they find a replacement. A gap might also suddenly appear where it was not before- something might go wrong, or a scene may need to be rewritten and the production gets behind. With not enough staff to do all the work, the production has an emergency need for more artists to help them catch up. This can be a demanding mode to be called in on. I have had to work all night while simultaneously exhibiting at a convention to help out on a production- but if you can do it, they are very grateful!

Another facet of animation freelancing is the feast and famine cycle. Once you are hired on a show to help out, you are usually working 40+ hours a week on that show for a few months at least. The time frame is usually undetermined, as they just need certain things designed, not to hire you for 34 days exactly (for example.) This makes it nearly impossible to schedule jobs and manage your working time. For this reason, I do other small illustrations, jewelry, and fine art work as well. When a show ends or I find out it will end soon, I can start looking or a new show. So, while I am looking, I'll have other work to keep money flowing in. For this reason it is hard to come in to the studio, as there is usually some other small job or jobs I am working on, and need to manage my time in blocks or work on weekends.

Many of these observations will be true for other job categories, aside from my own. Most of these things are universal. You may be reporting to a different person at your job, or be working at a different point along the film, but those are often the only differences. Use this information to help you understand how your career will work, and what to keep in mind as you work at it. 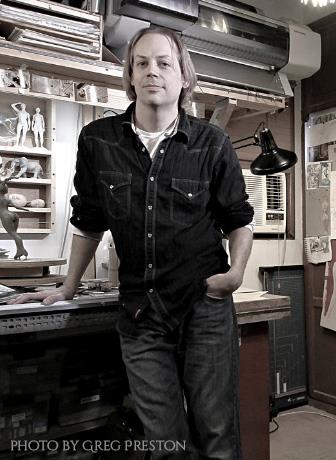 Craig Elliott is an artist based in Los Angeles, California. He received his education at the famed Art Center College of Design in Pasadena, California and studied under artists such as Harry Carmean and Burne Hogarth. Craig’s carefully crafted and arresting images of nature and the human form have captivated audiences with their visual and intellectual celebration of the beauty in this world and beyond. In addition to his fine art work, Craig has had a hand in designing many of today’s most popular animated films from studios such as Disney and Dreamworks. A multi-faceted artist, he is also an accomplished landscape architect, sculptor and most recently, jewelry designer. Especially known for his exceptional ability with the human figure and creative composition, Craig’s work has evolved into a unique vision informing and influencing fine art, print, animation, and commercial worlds. 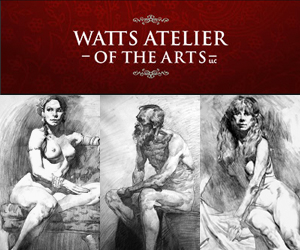