By Mike Corriero | 21/02/2014
Tweet
Throughout the course of your career you will become all too familiar with these terms and forms of agreement as they are ubiquitous when it comes to freelance work. Some are notoriously familiar among many art related industries; spec work being the most infamous of all by far.

There are some benefits to pro bono work and there are specific times when performing art tests are acceptable. However; the acceptance of such work and the agreement to questionable requests should be made solely based on how they benefit you or your career. It doesn't always need to be financially beneficial, but it should provide enough exposure to help further your success in other ways. They should be ventures that don’t waste your time nor leave you with nothing to show for your efforts. Always make sure you know exactly what you're agreeing to before committing to or signing anything.

The problem with all three of these terms and agreements is that under varied circumstances, more often than not, they benefit the client more than the artist. Don't get me wrong, pro bono work can be a very respectable form of donating and supporting various causes - though it doesn't always refer to donations or fundraisers. Pro bono work can also be categorized as an investment in helping to support an individual's personal project without the expectation of payment. Some of these terms are specifically engineered to capture the attention of young and inexperienced artists through exciting offers, promises and marketing ploys.

This is most notably linked with spec work. Generally clients offering such “opportunities” will make all sorts of promises of exposure, promotion, payment in the future if the project is green lit etc. They’ll promise you anything to get you on board. A client will compare the project to a successful established title, they'll imply that reputable well-known companies will see your work, inclusion of your work in a book, on a website or another form of crediting your name – yet when the time comes, your work and name may never be seen. What artists need to recognize is that the majority of what's promised are things you're already entitled to whether it's a paid job or not, so they're not doing you any favors.

It's wise in these situations to obtain a contract that covers and protects your work, rights, and the promises of how your art will be used. This way you guarantee that your work will be seen as promised, and used in the manner that you're comfortable with and by the terms that were agreed-upon. Otherwise all rights and use of the work can be terminated at any point. This is important since you're providing a nonprofit service, but it doesn't always mean you're giving the work away for free. Not unless it's for a charity or an auction and even then, you would want a contract and a receipt so that you know your work isn't being used for ulterior motives or personal gain.

In my opinion "spec work" is unacceptable no matter what the circumstances may be. It's a term that will be suggested through an agreement in ways that are worded so that the artist is unaware of the fact that they will not actually be paid unless the client makes a profit. Clients will not ask you if you're OK with a spec work agreement because simply defining it as such implies the very reason you should stay away from such a contract.

Spec work is by far one of the most notorious forms of freelance agreements that solely benefit the client - while leaving the artist with no guarantee of payment or exposure. The client gets exactly what they want; while the artist is the one taking all the risks and hoping that they will eventually be paid. It's often referred to as "deferred payment" by the client. Though deferred payment is a false description of such agreements usually worded as such in order to trick the artist - essentially it's pro bono work with implied potential for payment.

To reiterate and clarify; the very definition of spec work is that the artist will be paid based upon speculative goals regarding the client turning a profit. Speculative means, “(of an investment) involving a high risk of loss.” In which the Artist is the one taking all the risk by providing work without a guarantee of payment.

The client is only legally bound to pay the artist once they have covered all costs they put into establishing their project in its entirety. This means that they can use the work to their benefit without actually being obligated to pay you. Now you may have signed on with the notion that it could take a few months before you're paid, but what could very likely happen is that you've just provided weeks or even months’ worth of your time for nothing.

One very simple way to cover yourself in a situation like this is to include a clause in the contract stating that “you're to be paid after a certain grace period regardless of whether or not the client receives any form of profit.” This means that they’d have to pay you out-of-pocket. You could also include a clause stating that “if you do not receive payment after a grace period of 3 or 6 months that all rights to the work revert back to you 'The Artist',” while including the option for the client to pay for the work if they raise the money and choose to purchase the art based on the original agreement.

As for Art Tests – this is another one of the lowest forms of clients or companies taking advantage of young and inexperienced starving artists. They create these “Art Tests” trying to obtain mass amounts of ideas, styles and talent to choose from without actually paying anyone. Something very important to make note of is to research what the company is currently working on. If the art test is in any way tied into a project they’re currently producing – Do Not get involved. This raises a red flag that they’re using the term “Art Test” as a way to obtain free ideas to a project they’re currently working on. They may not even choose an artist and simply just use the work that was submitted.

If an art test requires that you tackle subject matter that is not readily apparent in your current portfolio, that’s fine, and one of the only reasons a company should require an art test for a freelance opportunity. Even then, you should still be paid for the work produced. Some companies out there will send the same test to fifty artists without payment. They're generally scams designed to aid the company’s ulterior motives. Most of the time the work they need and the subject matter for their project are already presented in the portfolios of the artists they’ve contacted. So all they’re doing is waving a golden ticket around to draw in a pool of free work.

You never know if they’re using your intellectual property, the way you tackled an idea or the style you used. So don’t produce work for an art test unless you’re being paid for the work or if it’s for a full time studio job. If it’s a full time job an art test is an entirely different matter. Reputable companies looking to hire an artist for a full time gig may require an art test along with an interview. They’ll often pay for all of your travel expenses so it’s legit and perfectly fine.

So with exception of a few special circumstances, proper guidelines and clauses you may want to avoid these three terms. The majority of the time they are mere obstacles that will steer you away from lucrative and profitable business opportunities. Mike Corriero - 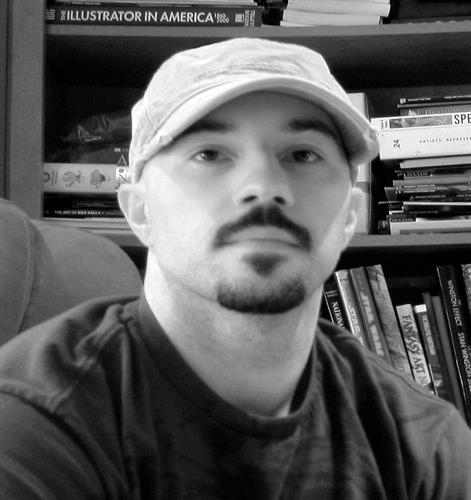