So I left the sinking ship that was TSR Inc. I found myself freelancing again. I didn't have much difficulty finding work. Several months into my latest session of freelancing I started hearing rumors that TSR may have been bought. It was true. Wizards of the Coast had acquired TSR Inc. Damn! I didn't see that coming. I'd been using the "sinking ship" metaphor and really it was more like the "giant bird crashing to earth and rising from the ashes" metaphor. Damned metaphors. I had heard that they were going to relocate some TSR employees out to Seattle. Many of my TSR friends were moving. I was going through a divorce so I made it known that I was interested in being part of that TSR/WotC art dept. I interviewed, got an offer and I moved to Seattle.

Seattle is a cool town with beautiful surrounding areas. Going to work at Wizards was strange. It was a new building, new company, and lots of new faces, but many familiar ones as well. It's always difficult for me to make new friends when I move. That aspect of my move was easier since a couple of my really good friends now lived in the same apartment complex that I was in. The TSR, Midwest mindset was very different from the WotC, West Coast mindset. Still, the actual job I was doing was the same as when I was at TSR. I was even working on the same game lines. One very new thing to me was the computer. I'd never had one, never sat in front of one and wasn't even sure how to turn one on. WotC had some introductory in-house training. As a joke I picked up the mouse and spoke into it, "Computer?" Nobody in the class thought it was funny but me. I should have taken more computer classes but I was fighting my assimilation.

After a year and three months I was let go in the first wave of the eventual purging of their in-house illustration department. After leaving WotC I went into a depression that lasted 2 years and an anger that lasted many more. Although I liked Seattle I really was only living there because of the job and was very far from home. I moved back to Kentucky to lick my wounds. My heart wasn't into painting anything Fantasy related. I wanted to do something different, something new to me, something that would help me refresh as an artist. I had always had an interest in Western art. I did a handful of illustrations and began painting some personal Western themed paintings at night.

After accumulating a small portfolio of Western art I decided to make a trip to Scottsdale, Arizona to show my work to some galleries. The gallery thing was new to me. I sometimes tend to jump into the deep end of the pool in the hope that I will only flail for a short time and eventually learn to swim. I made the trip to Scottsdale and had a very positive conversation with one of the major galleries there. We (the gallery and I) decided to have a go at it. I was newly remarried. My wife and I decided that I was going to be painting themes of the West it might behoove me to actually live in the West. So we moved to Phoenix. During my time in Arizona I was with a few different galleries. I was trying to find the one that was the best fit. Looking back I don't know if I found it.

Producing paintings for a gallery is a tough way to make a living. There is a fairly decent outlay of money before you even get the painting to the gallery. I used to go to an annual artists photo shoot trip to South Dakota. There was a fee just to go to the shoot. Then there was air fare, car rental, food for the weekend. On top of the fee to attend you were expected to tip all of the models and reenactors. This was usually a buck for every minute of their time that you occupied. Over a four day weekend the tips add up. Once back home there was the cost of having photos enlarged, art supplies, frames, title plate, the cost to have the paintings professionally shot and last but not least your time spent. All of this and there is no guarantee that the painting would even sell. If it didn't, there was no telling how long that may take. So you have poured a lot of time, sweat, love and money into a piece and it's ready to go to the gallery. Someone strolls into the gallery and decides to buy your painting that you put so much into and the gallery gives you a check for half of the selling price. Even today I think that a 50% commission is too much for a gallery to take. But it was the going rate and being with a gallery put me in touch with clientele that I wouldn't otherwise be privileged to.

I didn't make a lot of money but I made more each year than I did the previous year. So I was, at least, heading in the correct direction. I thought that if I started painting larger I might be able to bring in a little more money. So just before the economy collapsed in 2008 I started painting some of the biggest paintings I'd ever done, which required larger, more expensive frames. My painting sales came to a screeching halt.

After several years away from painting fantasy art I began to do some paintings for Magic the Gathering cards and World of Warcraft cards. It wasn't enough to make up for the missing gallery sales, though. I'd been working alone for a number of years and wanted to get back to working at a company with a paycheck, with fellow employees and a water cooler. Of the illustrators I used to work alongside, they seemed to either work as freelancers or they had migrated into doing video game concept art. As far as I knew no one had in-house illustrators anymore. If I wanted a paycheck I'd have to move into doing concept. There was a time when it was easier to migrate from illustration to concept. That time had mostly passed. I wasn't very computer literate. I'd applied at numerous game companies to no avail. Just as I was about to take a non-art related day job, I got a call from this little company in Louisiana. The guy on the other end of the phone asked me what it would take to get me to move to Louisiana and be a part of their concept team. I said "an offer". And so began my next adventure.

Join us next time to witness our hero’s journey into the world of concept art! 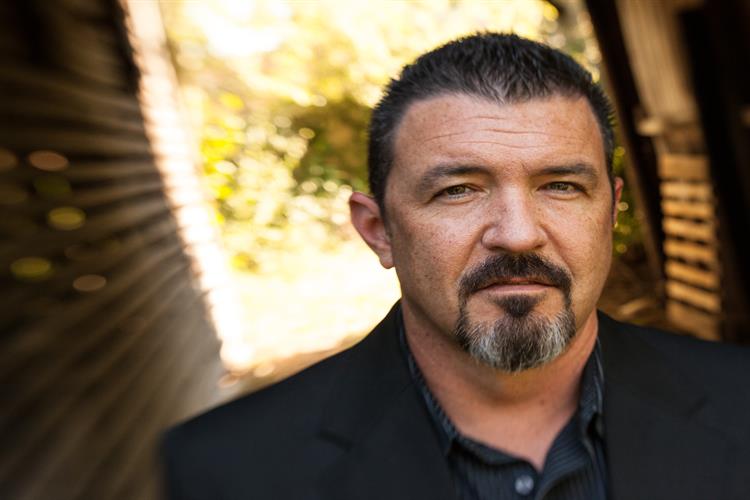