By Fred Fields | 14/03/2014
Tweet
And now, the exciting conclusion to Fred Fields epic art journey (don’t worry, he’s not dead or anything, we just caught up to his current life situation)

In Louisiana I worked for an Indie start-up company from which I have too many stories to share here. At the time of their offer (low with no benefits) the company had been in business for about 6 months (if memory serves me). My plan was to work there for a year and/or work on a game that shipped, get some experience and learn as much as I could about Photoshop. Though the company was in a college town, the closest non-religious bookstore was 70 miles away. The company was in a small metal building that we shared with a karate school. The restroom fan vented directly into the 3D room. The sort of building you always see on the news, destroyed in the aftermath of a tornado. I think at the company's peak there were about 30 employees and then there were allegations of embezzlement. After which certain alleged higher-ups were never seen in the building again and the new receptionist (we almost never had phone calls or visitors) was allegedly put in charge of the place (don't ask me). We never knew what was going to happen next. Once I came back from lunch and everyone was standing in the parking lot. I immediately looked to see if there were chains on the front door. Turns out it was just a really nice day.

After the alleged embezzlement, the layoffs began. As people disappeared we just pushed the chairs over to one side of the room. It began to look like an abandoned chair factory. One of my co-concept artists was denied a copy of Corel Painter because of a spending freeze. While we were trying to work around the spending freeze, rumor had it that the receptionist turned co-manager received a bonus with which she allegedly used to have breast augmentation surgery. When she came back to work sporting her new “bonus”, the aforementioned co-concept artist said to me, "Did you see that? That was my Corel Painter".

In the end I learned quite a bit about Photoshop, I worked at the company for approximately a year and a half and I got that one shipped game under my belt. That was pretty much the bare minimum needed to get another, better job. The video game industry can be volatile. I don't think it matters if you're working for a small company or a large corporation. If you're working for good people with good, original ideas that are also good at business then you're in good shape (probably).

In October of 2010 I moved to Boston and started working at Turbine Inc. as a concept artist. While I was there Turbine was acquired by Warner Brother Interactive Entertainment. I worked on Lord of the Rings Online, briefly on Infinite Crisis and coincidentally Dungeons & Dragons Online. This is the most recent company I worked for and have the least to say about. I guess it is still too soon. I haven't digested the entire experience yet. After four years I found myself being paid well but not being used to my potential.

The video game industry tends to use the ramp up-layoff model. If you aren't familiar with what I'm talking about; companies start a project and begin hiring people to work on the project and when the project has been completed they lay most of those people off. This is one of the things I dislike most about the industry. In an atmosphere where there is no loyalty shown for the employees, there is none returned.

I heard of a one case in which a large layoff happened at a company. While everyone was sitting and staring at their computers waiting for a possible pink slip email from HR, some of the ham-headed middle management were walking around handing out bonuses and promotions to those employees that would be staying. Saying to the soon to be laid off "We like them better" and to those who were to stay, "You're our favorites (for today anyway) so please don't look for another job". Anytime I've ever witnessed the discussion of how this business model sucks for the workers in the industry, inevitably someone shrugs and says poetically, "That's just the nature of the business".

For me personally I find this a very difficult way to live. It can't be good for the human psyche to live with the constant concern of being let go when a job is done. I think my age also plays a part in this. The older I get, the more I want to be and live around friends and family... to be rooted. I also want my children to be around their family and not be uprooted every few years when "Dad gets a new job".

I tendered my resignation to Turbine/Warner Bros. exactly 4 years from my date of hire. I still do work in the video game industry, just in a freelance capacity.

Freelancing in the 20-teens

Someone once said about self-employment, "The hours are long and the pay is shit but I get along well with my boss". So here I am, once again freelancing and living in my home state of KY, living around my family and friends. Not that I haven't made friends along the way. I've made and lost some of the best friends I've ever had. I personally want a permanent home base of operation. With the internet I can pretty much work from anywhere. I want my kids to know that we are no longer transients. We are home. We don't make phone calls to family members on holidays. We'll, instead, spend actual time with them. I grew up here and have moved back here a couple of times. I feel different this time around.

I left home and wandered the land for 27 years and returned richer because of my accomplishments and hopefully wiser because of my mistakes. I no longer have the white hot career ambition of a 20 year old. There isn't really a ladder that I'm trying to reach the top of. I want to work for and with people I like, and have a decent rapport with, while working on projects that are challenging, fun and rewarding. I'm not looking to get rich. If I were I'd be in a different line of work. As an artist I always want to improve and grow. I also know that there is no actual pinnacle to be reached. I just want my next painting to be a little better than the last.

My professional aspirations for the future are simply to continue painting and illustrating, educate, write, speak and be happy.

Whether you go down the freelance road or down the corporate, on-staff road it all comes down to balancing the pros of each with the cons of each and finding out what works best for you, and where you are in your life. There, likely, is no perfect situation. Although the grass often seems greener on the other side of the fence, just remember both sides have their share of dandelions and dog poop. It's a matter of finding balance. It's about finding the correct grass, dandelion and dog poop ratio that's right for you. I think I may have found mine. 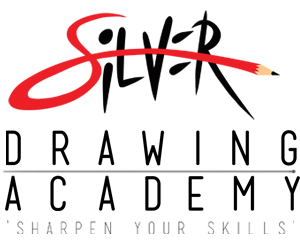