The Cost of Being an Illustrator

Many have discussed the unsustainable place that the low-wage illustration, particularly in the realms of gaming and some story illustration, can easily trap one in. I'll just call it, "$100 Art" for ease of use. Though that number varies, $100 is a sad standard for this level of work. While there are some who make the argument that this kind of work can be useful and appropriate to help one get published and get their proverbial foot in the door, I won't be addressing that argument here (hint: I think it's well-meaning but an unwise practice).

The reality is that with plenty of companies establishing their business model on $100 Art, it happens that illustrators can end up loading their plate with a lot of it, and that they can try to subsist on the economic version of the Ramen diet. In this case, it's more like Ramen without the flavor packet, even. Or maybe the packet without the noodles, judging by the taste it will leave in your mouth.

The bulk of this article is meant to speak to younger artists: those holding down the full-time job and dreaming of full-time illustration, or the hopeful student. Maybe even the journeyman currently slogging through the $100 Art path. Those actively working in this field for a few years will know all of the following already, experientially.

Opening Up About Money

It's pretty rare that artists open up about numbers. The reason is that if income is too low, the artist is afraid of appearing unsuccessful. If too high, the artist can be viewed as "rolling in it," and other covetous thoughts can spring up against them. Finding the sweet spot is so hard that few ever try. While I won't be talking income either today, I thought I'd talk a little about numbers from another perspective.

Another thing no one ever talks about are the costs involved in being an illustrator. An illustrator is, minimally, a small business owner by being a sole proprietor. As with opening a cafe or taking up a lawn care business, all businesses have overhead costs that must be managed, optimized and finally surpassed before you have a single penny to spend on your actual life.

If you are in an employment position, the first after-tax dollar you make can immediately be applied to your life: your rent, food, clothing, entertainment, whatever. As an illustrator, it is the case that over the course of your year you will incur significant costs. If you only pay for these things with the money leftover after paying your bills (your discretionary income), you may not have the money to do so and it could actually freeze your business. Imagine needing to start a commission and not having the supplies to begin because you don't have the leftover money after cost of living expenses to buy them. No, many of these costs must be paid just so that you can continue to produce and earn income. In that sense, some of them will have to happen even before paying for some of your life expenditures.

Here is a view from my own year 2013. I am grouping things into larger buckets and rounding to give a picture of what life as an illustrator costs me. Some of my colleagues may be surprised at how much I spend on some things, some of them by how little I spend on others. Everyone has to prioritize their business expenses and balance them against their earnings, marketing ROI potential, and what I would call R&D investments to build your career into the future. I'll outline some notes about what each category does, or some practices I use in spending in each bucket. I believe that I have made a lot of efforts to cut my expenses down. Let's see what that looks like:

Meals at conventions, airports, local networking functions, or at the Society of Illustrators (where I am not yet a member, which would add hundreds per year), museums. I generally don't drink alcohol, which could easily boost this number up. I've seen some illustrators' bar tabs. At some shows, a few of us make a run to the grocery store to stock up on snacks during the event day to avoid the $5 hot dogs and the like (I love hot dogs, but ow).

Gas, car rentals, flights, taxis, metro in town, hotels. At every opportunity I bunk with fellow illustrators, four to a room if possible to keep costs down. It's become a running joke as to how many male illustrators I've slept with at this point (answer: I'm working my way through Spectrum). And at very expensive shows like San Diego (which I haven't done in awhile), I've often stayed away from downtown and driven or cabbed in, which ended up being significantly cheaper than hotels near the convention center with their temporary artificial room inflation.

Much of this is sales-driven, which is good, but also includes business-related shipping and sending out promotional materials. Print your labels at home (use PayPal vs. USPS which doesn't let you print 1st class mail at home in the USA) and invest in an inexpensive postage scale to save yourself lots of money and time at the post office.

This includes postcard printing, competition entry fees, online promotional (FB Page post boosts, etc.), paid portfolios like Hire an Illustrator, etc.. In 2013, this netted me one entry in Spectrum 20, 1 finalist in the Art Renewal Center Salon, and 2 in the Society of Illustrators West show (which generated at least $200 in additional expenses in 2014 to participate in the ensuing show). That was a decent year. Not every year results in such fruit.

Booth/table fees for IlluXCon, Spectrum Live, primarily. At a large convention, it is not unusual to have close to a thousand dollars in red ink or more when doors open that need to be earned back, on top of otherwise unpaid days of preparation and being at the show.

Domain names (I have a few), web host, mobile phone (which is discharged most of the year, but I take to events), iPad cellular data (using an as-you-need-it plan). My wife and I don't maintain cellular contracts, and we shared a mobile phone until last year. We use a Skype phone number as our primary contact phone number and purchase pay-as-you-go minutes for our hand-me-down iPhones. Mine is a 3GS. My wife used a Palm Treo until 3 years ago.

Granted, this is likely an expense you'd have anyway, but it's not really optional either once you're an illustrator. After all, not needing television service we don't actually have any.

If you're employed, it's possible taking the Standard Deduction (USA) might be fine and you can file an EZ return yourself. Being an illustrator means you have a lot more schedules and forms to fill, and self-employment tax to pay for, you know, the privilege of not having a boss who'll pay half of those taxes (Social Security + Medicare).

Painting supplies, software, office supplies, packaging, printer ink, etc. For day-to-day use I use generic printer ink and only swap in the good stuff when prints really matter. That saves me a few hundred dollars a year. But every trip to the art store costs me $50-100. If you work digitally, an Adobe Creative Suite subscription would replace some of that. Working with both, I'll be upgrading to CC this year and having to add $600/year for that. I also use Open Office as a free alternative to MS Office.

I've got a lot of books but have cut this category waaaay down in recent years because some of it is unnecessary (the entire category can go if you need it to, frankly), and I don't have room in my shoebox apartment for more. Most of my collection is in storage for now, and I swap books into storage to make room for new ones. That makes me sad.

I ended up replacing some office furniture in 2013 (new chair, etc.), and this includes things like a new backup drive (you backup your system, right?). In 2012 this included a new laptop so was much larger. We have a 5-year minimum rule for computers. I'd had the prior one for 5 years but it was 1-2 years used, and I even replaced the LCD screen myself along the way to keep from buying a new laptop part-way in.

Part of this is also sales-dependent, so it's a “good expense” (incurring it means you're earning money). We are aggressive about paying off our cc balance monthly so as not to accrue interest payments. See PACT's article on credit for artists for more, and do the same as often as possible. Receive payment in cash, check or bank transfer when you can.

This is just dollar-expenses, and does not include things like business use of home, nor does it include the tax you'll pay on every adjusted dollar you earn after these expenses are accounted for. It came out to $10,000, rounded. The cost of being an illustrator in my case is $10,000 per year. Some of it could be pared back further, but at what cost? Some of the income I made required investment (conventions), some of the client work received depended on the same. Much of it was inevitable and required (supplies, services).

Perhaps it's true that these poorly paid companies can be good as stepping stones. Ideally, with stepping stones, you move along them QUICKLY to cross a stream and get back on dry land. You don't camp out on them. You can't. If you find yourself never attending events that might help you move your career forward, then perhaps it's these $100 Art jobs that are keeping you so financially strapped that you can't afford to do them consistently enough to get you off of them. There are many problems in your career you might be able to trace back to your attempting to subsist to even a small degree on $100 Art.

This is part of why PACT has targeted this low-rung of commissions, a rung which has practically fueled entire businesses and sectors of the industry. It can churn through years of your career before you know it and wash you out of the industry entirely, until the next person gets brought in on the basis of it being a stepping stone.

It's a very slippery stone. 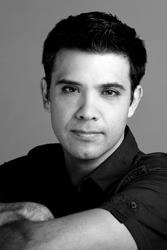 Since 1994, Randy has involved himself broadly in the illustration world through his richly detailed and deeply colored art, rendered primarily in oils, which has accompanied many internationally-recognized brands, as well as through community. He spent 15 years running an online gallery handling original art sales for fellow illustrators, all the while trying as much as possible to get them an extremely fair percentage of sales and never once delaying or missing a payment. He also fostered online community among dozens of the industry's leading illustrators as moderator of an online forum that preceded modern social media and was an important source of information-sharing and mutual inspiration.

Randy joined PACT at its founding stages, lending his experience and thoughts to the process and supporting the pre-launch community that was beginning to form through social media. He is convinced that PACT is what is needed now, and he greatly looks forward to what PACT will do in the future even as he moves on to other ventures in the meantime.