By Jon Hodgson | 22/04/2014
Tweet
I don't often write advice for illustrators any more. I used to - a lot. But then I found myself more and more reading advice other people gave, thinking "this person sounds like a dick" and then I thought "well I guess I must sound like a dick too" and so I mostly stopped. Who wants to sound like a dick?

But I'm going to risk that again just now. I've enjoyed talking with friends about art business stuff recently and I have some thoughts I wanted to share.

Now the preface is probably going to be longer than the advice, but humour me.

I do ok at this art thing. I honestly don't think I'm "good". But the evidence points to me being "ok". It'd be foolish of me, and I'm too old now, to be all coy and pretend to be clueless that I've had some level of success.

Most importantly I've made a living at this nonsense for almost 15 years. I support my family of 4. We have a nice house and a car and stuff, maintained by me painting nonsense and art directing nonsense. So I think I'm worth listening to. I'm managing to "do it". But I don't want you to think that I think I'm some kind of genius. Because I'm not.

And that leads very nicely into what I have to say.

A lot of people working in fantasy art want advice. They want answers to questions like "how do I do this for a living?" And "how do I start?", "where do I get work?" And so on.

These are good questions. And understandable questions. But here's the thing:

At the very core of it, these are really questions you have to answer for yourself.

There's nothing wrong with doing your research and asking professionals for their opinion. It's a pretty good idea. But in the end you will have to find your own way, on your own. They can tell you their opinion, and hopefully that will shine some light on the issue for you. But ultimately you still have to make a call for yourself.

Something I did, and still do, when I am a bit lost or confused is look around for someone successfully doing what I'd like to do. And I copy them. Or more accurately I try to figure out how they're doing it. Or just take heart that they are doing something like the thing I want to do.

Even the first step of this - figuring out what it is I actually want to be doing - is a vital step in the right direction. Sometimes that's enough.

Some examples - about 5 or 6 years ago I heard an awful lot about dynamic anatomy and dynamic poses, and I felt really lacking in that area. All the big name companies seemed to just want leaping, gurning characters filling the page.

I just couldn't feel it. I like looking at that stuff, but I knew I didn't feel it in my heart when I tried to make that kind of thing. It got me down for a long time. Working like that just wasn't me. I wasn't good at it because I didn't really want to be. But what did I want to do, then? And was I just being petulant about something I sucked at?

Eventually I went looking for the art that I liked. And I found a lot of the artists that I had loved for so long didn't work that way - springing instantly to mind are John Howe, Alan Lee and Brian Froud, though there are many more diverse examples. So it had to be possible to do ok with more subdued, less full on poses/characters/compositions. Those guys seem to do ok, right?

Maybe this received wisdom that dynamic poses and figures filling the page were all important was perhaps out of proportion? Perhaps it was true for a couple of product lines at the time, but it was clearly not a universal truth of good art.

Similarly I took great inspiration from those artists use of colour. It's very restrained. I naturally work that way, but it worried me a lot that I wasn't making more vibrant work. By just looking around at how those guys did, I saw that was ok. And I stopped worrying.

And their subject matter was also what I wanted to paint - mythic and historic rather than cheesy vanilla fantasy. (As much fun as that stuff can be)

I'm not saying doing what these amazing artists had done was going to be easy. Just that it was possible.

I took heart and trusted in the possible, and resolved to make things that I loved, because if they could be hugely successful that way, I could maybe, with work, be moderately successful. And it worked out. Not because I copied some famous artists - I don't think my work looks like theirs at all. But I found a credible way forward by looking at their example.

And I'm picking on just three artists, and a couple of features of their hands-on work here. This way of thinking also applies to business matters.

But looking around when I first started out I encountered people who were doing just that - Wayne Reynolds, Kev Walker, and Ralph Horsley all came into the comic and games shop where I worked. They seemed to be doing ok. So it had to be at least possible. That was a huge step forward for me. I knew it could be done.

How did they do it? I tried to figure it out, and emulate some of the things they did, as best I could. I asked them as much as I dared (which was very little, I didn't want to be "that guy")

Some of what I learned I knew wasn't going to work for me. Kev and Wayne worked in comics at the time. And for a long time I had wanted to do comics. But again, I couldn't really make work that was commercially viable for comics.

I wanted to make really weird, surreal comics, and that wasn't going to fly with mainstream publishers, and art house indies wasn't going to pay enough to be able to leave retail, which I really wanted and needed to do. I made and sold my own comics and they did ok. But it wasn't going to ever be my job because I didn't like the kind of work that would make me a living wage.

And that was ok. I didn't feel the world was unjust. It's just how things are.

But I could see other ways of working that these guys were involved in, and I figured if I took a bit from here, a bit from there, I could manage without comics. And I did.

I've also always voraciously read books about the business of comics, of illustration, biographies of illustrators and the like. Both because I am obsessively interested in those things and also in searching for those nuggets of wisdom that I can make work for me.

This is a really important point. Search out what works for you.

Figure out what it is you actually want to do, and how to do it. And find other people who are already doing that stuff and figure out how they're doing it.

It might be as simple as "make really good work". And that might be the beginning of a five year journey into improving your art before you try to sell it.

Or it might be "don't waste time courting public adulation when it's just 12 ADs globally who you need to impress to be in constant work doing what you love, despite lots of people obsessing about FB likes".

Sometimes of course you have to just make it up for yourself. I now do a job which I think is fairly unique, and it's a huge mix of stuff. Making art, art direction, graphics, video, music, marketing, social media and web work, business planning, staff management and so on. And I don't have many people to easily look to as role models. But they are out there, and when I find them, or aspects of someone else's job I can learn from, I grab onto it/them and do my best to figure out how they're doing it. And then try to do it myself.

When it's something weird you need to learn then you might have to think laterally, and apply a solution from another discipline. Once you crack that little idea the world is your oyster. Everything can be a teacher. You can start to see under the skin of things and see how a structure or solution or way of thinking from one field could be applied elsewhere.

I suppose what I'm saying in my typically long winded way is learn how to learn. Don't just ask someone for their answer and treat that as gospel, then beat yourself up when it doesn't work for you. Learn how to figure out your own answers. Ask others for advice, ask widely, but also just study the world around you without asking. Think a lot. Wonder why people do what they do.

If someone is successful in a way you'd like to be, think about what it is they do that makes them successful.

If someone isn't successful have a think about what they are maybe getting wrong. That's just as useful.

This goes for the big picture of entire careers, and the macro view of minute to minute.

If you don't know how already, then you need to learn how to learn. And that just takes practice. Once you can learn you're laughing nothing can stop you.

I think understanding that could be very useful. 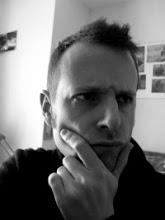 Jon Hodgson lives in Scotland, UK though he happens to have been born south of the border in England. His career has spanned set building, props making, graphic design, story boarding, historical illustration, card game art, board game art, computer games cut scene art, educational illustration and roleplaying game art. So far in his short career (Ten or so years full time at the last count) Jon has made over 150 pieces of card art for collectable card games, solo illustrated 15 books with 30 plus illustrations each for Warhammer Historical, has provided cover art for some 40 plus gaming books as well as numerous pieces of packaging art, made illustrations for the biggest roleplaying game in the world - Dungeons and Dragons, as well as for some of the smallest. At one point he was a story boarder for the children's animated show Bob the Builder. 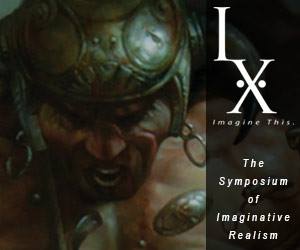