By Steven Belledin | 06/05/2014
Tweet
When I was in college, my professors repeatedly warned me about the perils of incurring an art director’s wrath. If I were to wrong an art director in some way (through neglect or poor quality), I was promised that they might just take it upon themselves to pick up the phone and contact all of his or her art director buddies and smear my reputation. At the time, I had no idea whether or not to take stock in this story, but it stuck with me nonetheless.

Now, whether or not the scenario laid out by my professors ever actually happened to an illustrator is beyond me. Over the course of my career, I’ve certainly seen illustrators destroy relationships with specific clients, but I’ve yet to see one destroy their entire career through a single act. And rather than spend time pondering the particular brand of vengeance required for the art director’s part, its likelihood and feasibility, I’d instead like to take a moment to point out how inefficient it all is. Seriously.

As the potential incident was described by my professors, an illustrator would first have to work really hard to get their foot in the door to get a shot at working with an art director. Then, after being hired, said illustrator would have to screw up on an unbelievable scale. Of course, the result would require the art director to pick up the phone and dial each of their contacts individually. Or worse yet, it would require them to actually meet some (if not all) of them in person. Who has the time for all that?

Sure, email eventually came along and made things a little easier. Thanks to that advance, one could compose a single email with many recipients and eliminate the need for all the phone calls. Email also made things a little easier for an artist to potentially get the work in the first place. But there’s still a fair amount of effort being put forth by both parties. If only there was some other way…

Nowadays, the business of ruining one’s own reputation has become much, much more efficient. Phone calls and meeting in person are unnecessary in the dissemination of one’s crimes. People need only look to Twitter feeds, Facebook pages and blog posts. Interpersonal connectivity is no longer a prerequisite as the rumor mill of artistic sin can continue to grind with the knowledge gleaned by mere “likes” and “follows.”

Social media has created a soapbox for many an artist and illustrator to broadcast their own shortcomings and failures, not to mention a wide variety of ugly truths. In fact, one need not even commit any art crimes to be taken out of the running for a given job. Some need only to act like themselves, complaining publicly about their clients and biting the hands that feed them.

However, despite such folk being extremes, the rest of us are not excused from being social media’s grist. We now live in a world with only implied vocal inflection and quotes pulled out of context. Posting a bad joke or a random snapshot can result in a visit to the unemployment line. Meanwhile, potential new employers can busy themselves by Googling your name and judging you by what they find there.

Various feeds are littered with examples of people doing their best to not get hired. A concept artist publicly rips their client. An artist brags about a lousy work ethic. An illustrator trash talks another illustrator’s work. Some of these people will never get the opportunity to commit the mythical and colossal screw-up that results in a sullied reputation. They have cut out the middleman and gone directly to sullying their own reputation all by themselves.

Look, it’s hard enough to find a job. If one is a freelancer, it’s even harder to find the many jobs it’ll take to keep food on the table. Making public gaffs and being a jerk on social media is going to amp up the difficulty level significantly. Generally speaking, employers want to like their employees and they want to believe that they’re worth the risk. Social media is a great way for someone to convince a company that they’re likeable and awesome at what they do. But it’s important to remember that it’s equally an excellent way to convince a company of the opposite.

Social media has a lot in common with advertising. One’s posts are the ads and the network of choice is the broadcast medium. And similar to the advertising world, in social media perception and reality can often be the same. Careers have been made through calculated social media campaigns backed up with quality work. But that path isn’t for everyone. Still, it’s an important thing to understand that the information and entries each of us put out there help form an overall picture of us in the hearts and minds of our peers, our fans, and our current and future employers.

If an illustrator does nothing but post photos of themselves, then there will be many who come to the conclusion that that illustrator is over fond of their own visage and probably thinks they’re magnificent. If, on the other hand, an artist does nothing but post their work, then the conclusion of many will be that that illustrator takes their craft extremely seriously and maybe should get out once in a while. Two polar examples for sure, but looking at their social media behavior objectively, who would you seek to hire first? Like it or not, the online identities we create can affect our career paths.

At this point, you could be forgiven for thinking that I’m starting to edge toward advocating for the suppression of our personalities in all social media in order to not offend the gatekeepers to our potential employment. The truth is that I think it’s important that we put ourselves out there beyond just posting images of our work. We are people, after all. And it’s my belief that most art directors aren’t going to say no to getting a sense of us as individuals, either in the real world or the virtual one. Again, most art directors want to like the people they hire, and if a given illustrator is the kind of person folks tend not to like, then it’s potentially valuable for that illustrator to tailor the image they’re broadcasting.

Of course, an obvious choice for many is to separate their professional visages either through pseudonyms or parallel online identities — or both. This can be a necessary workaround for some and is certainly something to consider. But it’s not always going to be a means of circumventing the problem completely. Even within these alternate personae, an awareness of the image we project remains vitally important.

Looking back, the hyperbolic nature of my professors’ warnings likely undercut its value to some of the people who heard it all those years ago. While technology has changed greatly, the behavior of the illustrator in that tale is on full display even today. While the vast majority of social media efforts put forth by my fellow artists prove that they are far savvier than I when it comes to managing such matters, it’s clear that there are still those who would rather act out of self-destruction, just as our hypothetical illustrator friend did spurring the need for all those phone calls.

An illustrator spends years building their portfolio, their brand, their name. Each of us has a great deal of power over what gets associated with that name. Sure, some choices we make can close doors. But that’s life. And life is hard. Hopefully each of us can figure out how to keep from making it that much harder — through social media or otherwise.

Steven Belledin was raised in Pennsylvania and started his career completing highschool art assignments for his older sisters in exchange for enough money to buy more Swedish fish than he probably should have eaten. After high school he fled small town life to hide among the drones of New York City and become an oil painter. Four years later, he stumbled out of the gates of Brooklyn's Pratt Institute into the harsh light of the "real world" and immediately dove head first into the brick wall of illustration. Though it took him a couple years to recover, he finally began plying his trade in 2000 and continues to plod ahead, tickled that he gets paid to do something he loves. Steven currently resides in Seattle, Washington, peering out at the world through the slats of the venetian blinds in his studio windows. One wife, no pets. 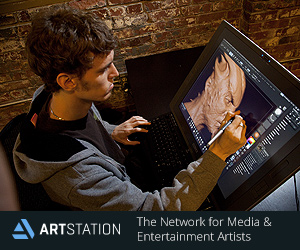